Film Screening “Tales From the Organ Trade” and Panel Discussion

NEW YORK, October 28, 2013: Global Bioethics Initiative in partnership with HBO Documentary Films Division organized a special private screening event of ” Tales from the Organ Trade” followed by an expert panel discussion and cocktail reception at The New York Academy of Medicine (NYAM). “Tales from the Organ Trade” is directed by acclaimed documentary filmmaker Ric Esther Bienstock. This documentary explores the shadowy world of black market organ trafficking from the street-level brokers who solicit kidney donors, to the rouge surgeons who perform their transplants; from the impoverished donors willing to sacrifice a part of their bodies for a quick payday, to the desperate patients who face the agonizing choice of obeying the law or saving their lives. Every year, thousands of organs are bought and sold on a black market that flourishes in dozens of countries where the rule of law is a hostage to the dollar sign. This is not a black and white story of exploitation, but rather, a nuanced and complex story that compels you to explore your own moral and ethical beliefs. This is a world where the villains often save lives and the medical establishment, helpless, too often watches people die. Where the victims often walk away content and the buyers of organs – the recipients – return home with a new lease on life.

Ana Lita, Ph.D. is Co-founder and Executive Director of the Global Bioethics Initiative (GBI), an international not-for-profit organization incorporated in the State of New York in July 2011. She received a Ph.D. from Bowling Green State University, Ohio, specializing in Applied Ethics and Social Philosophy, and an M.A. in Sociology from the Central European University, Prague. Prior to her involvement with non-profit organizations she taught social sciences and philosophy in Europe and the United States.

Nancy Abraham is Senior Vice President of Documentary Programming for Home Box Office. She is responsible for the development and production of HBO Documentary Films that have garnered numerous awards over the years including Primetime Emmy Awards, News and Documentary Emmy Awards, George Foster Peabody Awards, Alfred I. DuPont Awards and Academy Awards.

Ric Esther Bienstock is an Emmy Award-winning filmmaker best known for her cinematic investigative documentaries. Her films, including “Sex Slaves” and “Ms.Conceptions”, have screened at over 50 international festivals and have aired in over 50 countries.  She has garnered dozens of prestigious awards, including the Emmy Award for Outstanding Investigative Journalism, an Edward R. Murrow Award, a Dupont Columbia Award for Excellence in Broadcast Journalism and a Royal Television Society Award.

Bruce Elliot Gelb M.D., F.A.C.S is an Assistant Professor at NYU Langone Medical Center, School of Medicine and Director of Renal Transplantation, Department of Transplant Surgery. His specialty is kidney and liver transplantation, laparoscopic donor and hepatobiliary surgery. He has a vested interest in ethics of transplantation including ethical issues in living organ donation and has published extensively on the topic.

Benjamin Hippen, M.D., F.A.S.N is a Clinical Associate Professor of Medicine at UNC-Chapel Hill, and a nephrologist specializing in kidney transplantation with Metrolina Nephrology Associates, in Charlotte, NC.  He has published and lectured on financial incentives for organ procurement, ethical issues in living organ donation, and the use of quality metrics in organ transplantation.

Jonathan Ratel is the Head of Special Prosecution Office Republic of  Kosovo (SPRK) – European Union Rule of Law (EULEX). He has initiated a new probe into key government figures in Kosovo for involvement in an international organ trafficking network, after five people have been convicted of complicity in human trafficking and organized crime at Medicus Clinic in Kosovo. 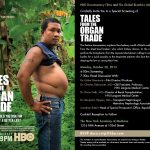 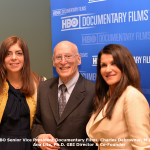 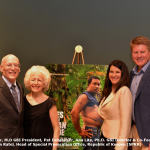 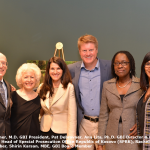 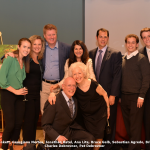 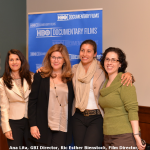 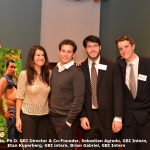 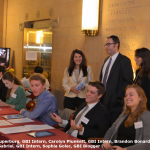 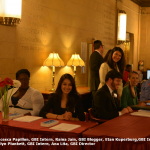