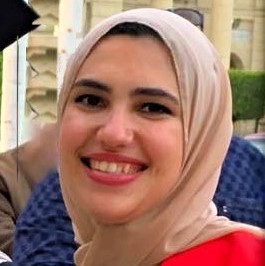 Nada Taha Mostafa, a native Egyptian, completed her Bachelor Degree in Pharmaceutical Sciences at Cairo University, Egypt. In 2019 she completed Certificate in Research Ethics at University of Maryland, Baltimore, USA. Nada has strong experience in Clinical Research in several Middle East countries, working with global Pharmaceutical companies. Working in Clinical Research motived her to learn more about Ethics and attend GBI Bioethics Summer School. She is interested in Bioethics and Research Ethics and she has been volunteering with GBI as article Editor/Writer. She is also a candidate for Middle East Research Ethics Training Initiative (MERETI), supported by the NIH.
Close 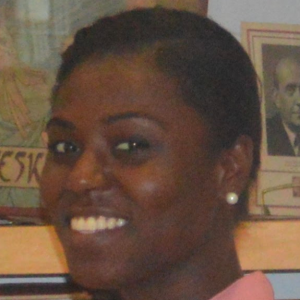 Beverly Adade is a native of Houston, Texas and has lived in different major cities across the US.  She completed her bachelor’s degree in Religion and a minor in Global Health Studies at Emory University.  Beverly attended Albert Einstein College of Medicine and the Benjamin Cardozo School of Law in 2016 to attain her Masters of Science degree in Bioethics. She has a strong interest in social and racial justice issues and is looking for more opportunities to contribute to the Bioethics academic community.
Close 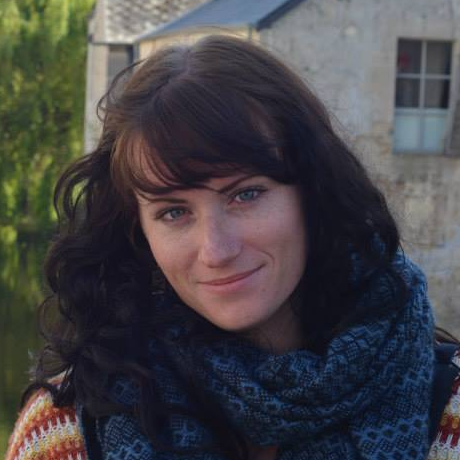 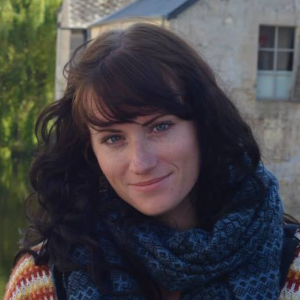 Erin Hayde, a native Californian, completed her bachelor’s degree in Economics and Political Science, with a minor in Anthropology, at the University of Utah. She worked for the Utah Governor’s Environmental Advisor, Ted Wilson, as well as the Utah Office of Energy Development. Erin then served as a Peace Corps Volunteer in Panama, where she worked on a variety of projects, from education development and reforestation projects to life planning and sexual health seminars. She has just completed an M.A. in Economics from The New School for Social Research. Erin’s academic interests include sustainable development, sexual and reproductive health, and public policy.
Close 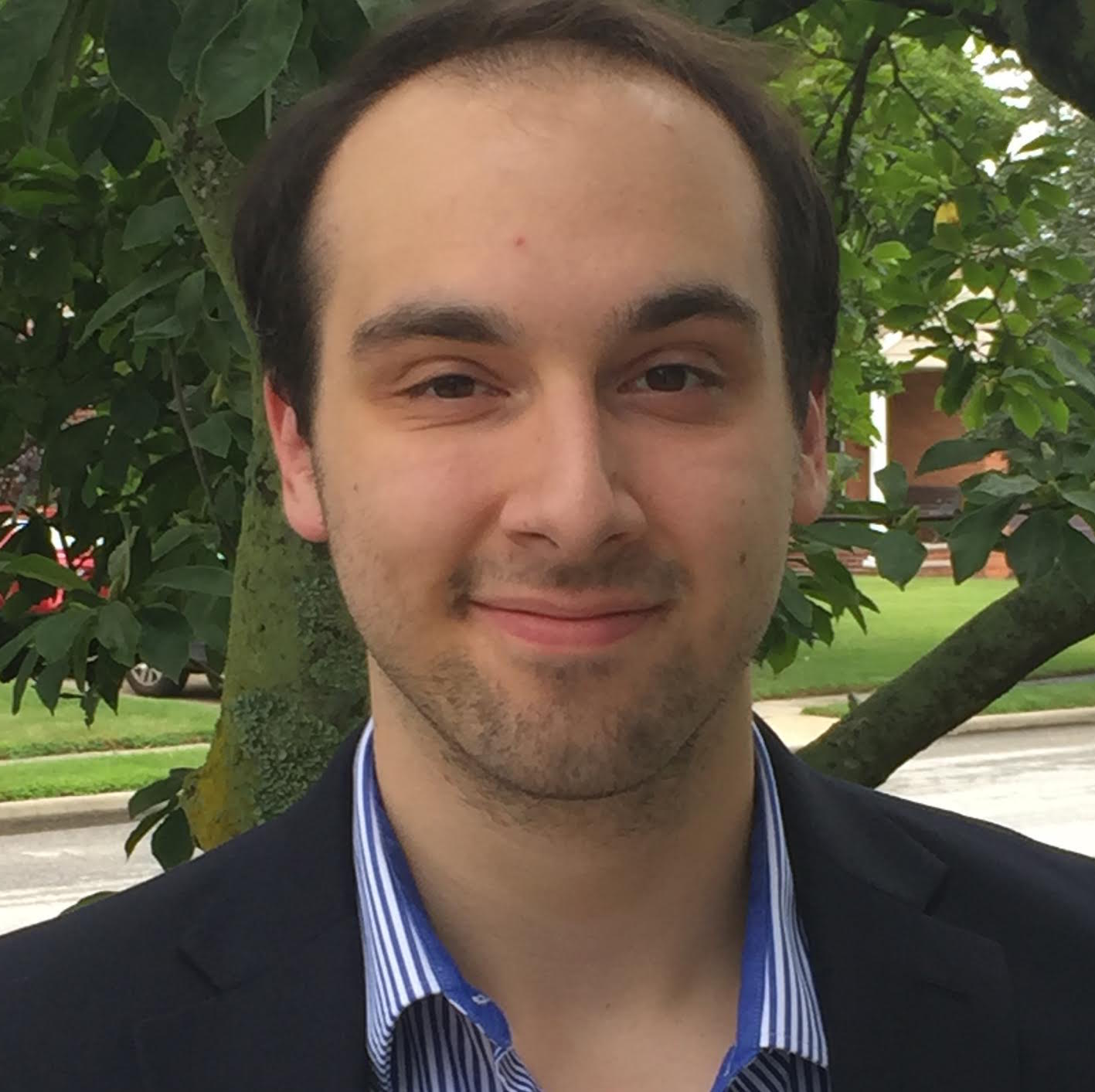 Michael S. Dauber is a philosopher, bioethicist, and writer with an MA in bioethics from the New York University College of Global Public Health and a BA in philosophy and journalism from Fordham University. He has served as a clinical ethicist and currently works as an institutional review board coordinator. His written work has appeared in STAT News, Becker’s Hospital Review, The Hastings Center’s Bioethics Forum, Ethics and Society (Fordham University), The Gittenstein Institute for Health Law and Policy’s Bioethics Blog (Hofstra University), and Dialogue. His work has focused on issues in medical, nursing, and research ethics, and the ethics of new technologies and personal identity. He has written and presented on the ethics of three-parent babies, germ-line modification, animal research, human head transplantation, and luxury medicine, the American Health Care Act, and the use of cognitive enhancements by physicians, as well as the ways in which developments in moral psychology and neuroscience determine morality and the value of artificially intelligent “life.” For more of his work, visit michaelsdauber.com, or email him at mdauberbioethics@gmail.com.
Close 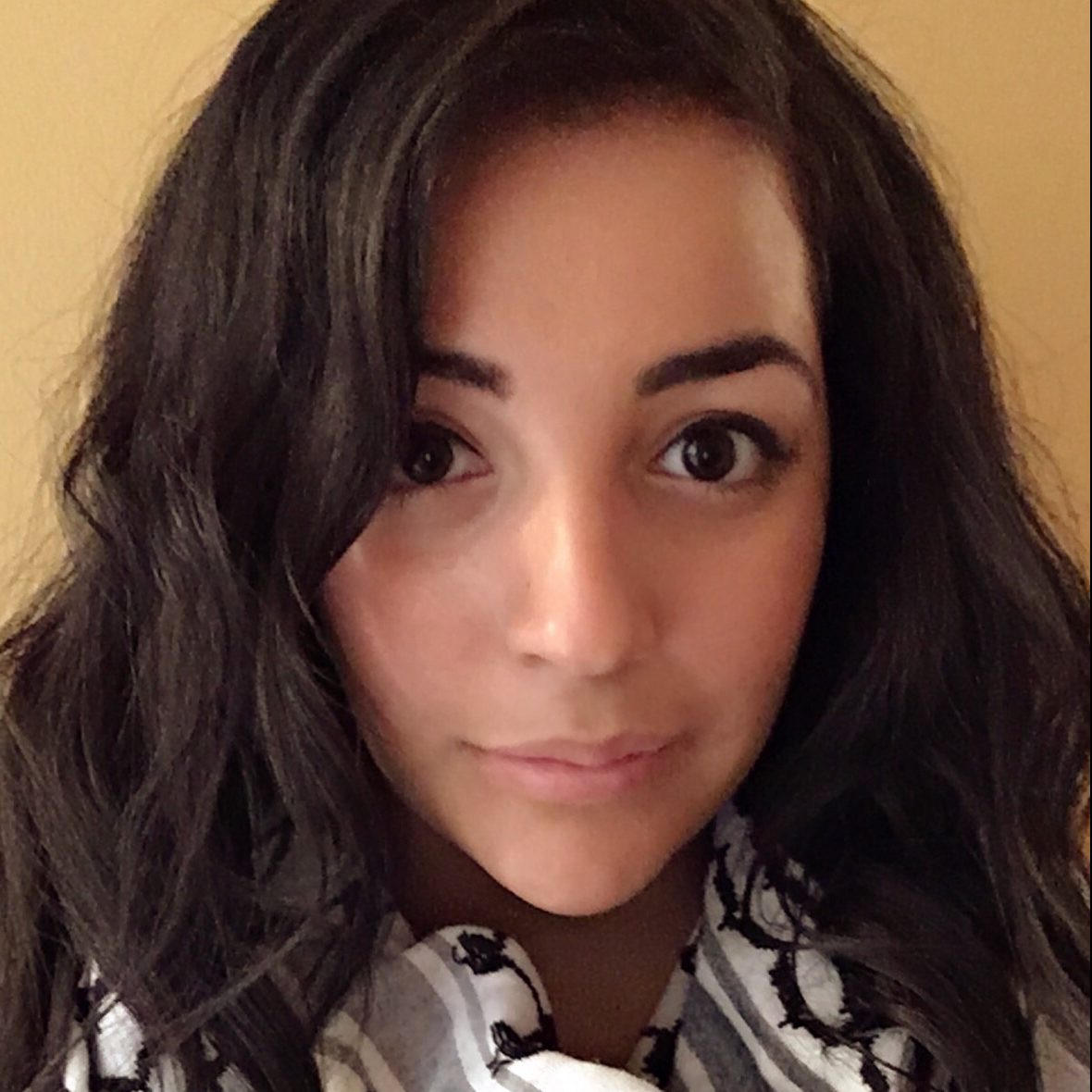 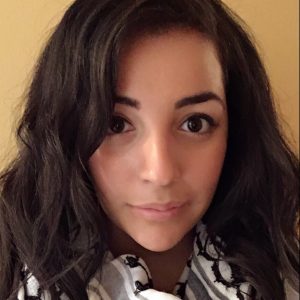 Rimah Jaber is currently working toward a Master’s degree in Ethics & Society at Fordham University focusing in bioethics. She received her BS from John Carroll University in 2015 in Biology with minors in Spanish and Women’s & Gender Studies. During her undergraduate career, she worked with organizations such as Middle Eastern Student Association and Cleveland Peace Action engaging in discourse and social action for human rights and international justice. Her interests include a range of ethical issues surrounding women’s health and advancements in biotechnology, as well as those issues aligning with human rights. Rimah plans on pursuing a Ph.D. in bioethics to ultimately work in research and clinical ethics.
Close 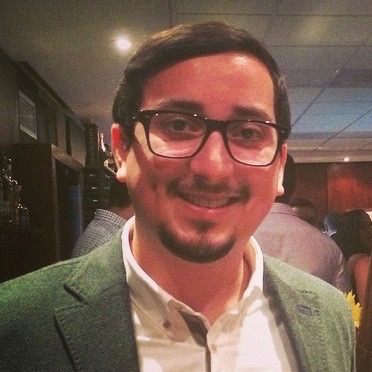 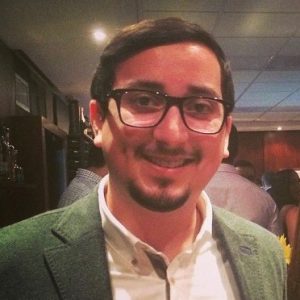 Bobby Thomas, M.S. completed the Bioethics Program at Union Graduate College and Icahn School of Medicine at Mount Sinai earning a Master’s of Science degree in Bioethics Policy Specialization within one year. He graduated from Queens College, City University of New York in June 2014 with a B.A. in Neuroscience & Biology and a B.A. in English. As an undergraduate, he volunteered at local hospitals including North Shore LIJ and Winthrop University Hospital. He also worked at Newsday, a local newspaper company in Long Island. He is interested in public policy and bioethics.
Close 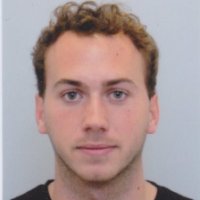 Alexis Vaujany is currently working on his last Master’s International and Humanitarian Health Law in Montpellier, France with interests in Bioethics, Medical Law and Humanitarian Law. He received his primary first-year master’s degree in International Law in Lyon, France and secondary first-year master’s degree in European Law in Lund, Sweden. Alexis received his bachelor’s degree from Montpellier Faculty of Law, France with a major in private law. He became interested in bioethics during his time in Ottawa, Canada as an exchange student while attending a course on Law, Medicine and Biology.
Close

Kaitlyn Schaeffer is currently a JD candidate at the NYU School of Law. She earned a Master’s degree in Philosophy at Columbia University, where she focused on political philosophy, ethical philosophy, epistemology, jurisprudence, and the philosophy of gender and race. Kaitlyn received her BA in Philosophy, Politics, and Economics from the University of Pennsylvania in 2012. Her interests lie at the cross-section of law and ethical problems; specifically, how such ethical problems might be eliminated or alleviated through effective policy crafting or by other legal mechanisms. She also likes to ski.
Close 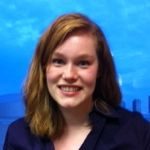 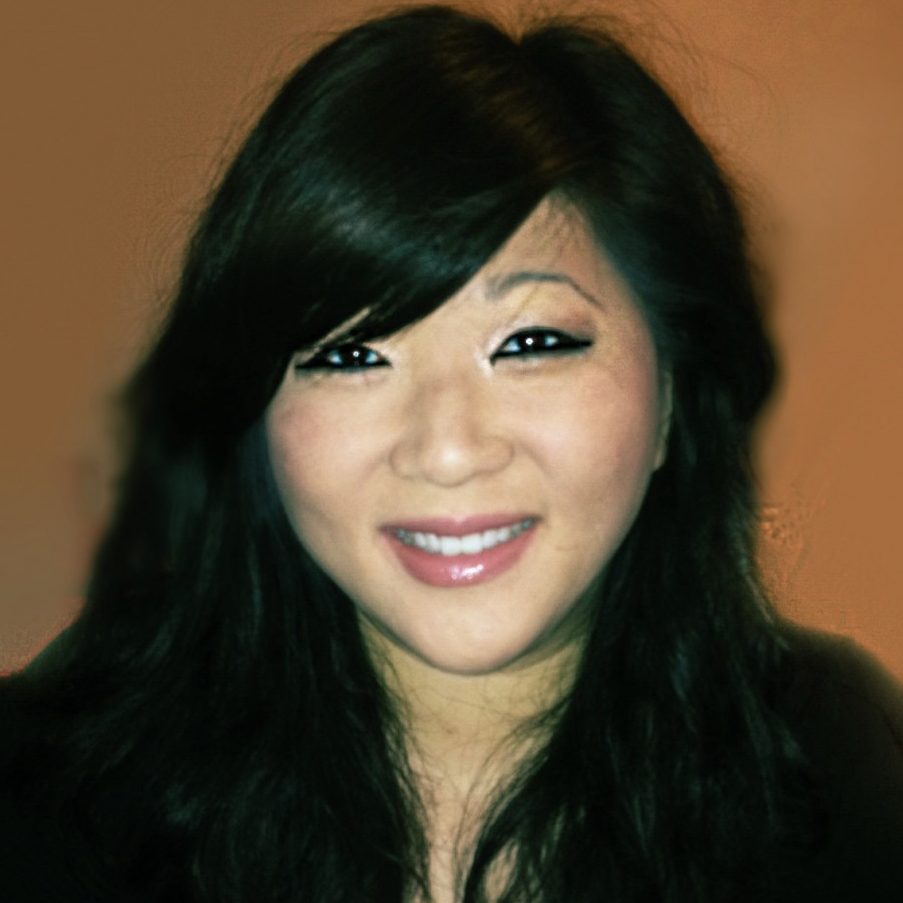 Rose Bowen is currently pursing her MA in Bioethics at New York University in the Environmental Ethics track. She graduated from NYU in May of 2014 with a BA in Global Liberal Studies and minors in Anthropology, Spanish and Environmental Studies. Her academic interests include population and environmental health, climate justice, and food security. Her master’s thesis will most likely explore climate change from a population and family planning perspective. Rose is fluent in Spanish and spent her junior year studying in Madrid, Spain. Her undergraduate honors thesis title was Spanish Youth: The Effects of Austerity and Weathering the Euro Crisis. A native of the Twin Cities, she is now enjoying being a Brooklyn transplant.
Close 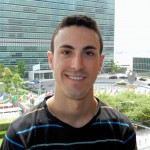 Marc Beuttler graduated from Tulane University in 2012 with a degree in Spanish. He graduated form New York University, Bioethics Program with an M.A. degree in 2014. His interests are broad, including neuroethics, transhumanism,clinical and reproductive ethic. Marc will be starting medical school next fall at LSU New Orleans.
Close

Maullika Dua is a Master of Public Health candidate at the Icahn School of Medicine at Mount Sinai concentrating in Health Promotion and Disease Prevention. Currently, Maullika works as a Child Life intern at The Kravis Children’s Hospital at Mount Sinai, implementing service improvement plans for pediatric patients. She graduated from the University of Buffalo with a B.A. in Chemistry. As part of the Partnership for a Healthier Manhattan at Mount Sinai, Maullika coordinated food retail interventions with East Harlem grocers to promote healthy eating habits. She has also volunteered with the Department of Emergency Medicine’s C.A.R.E. program at Mount Sinai, where she focused on improving geriatric patient care. Maullika is interested in working with underprivileged populations as well as using research and policy to promote public health.
Close 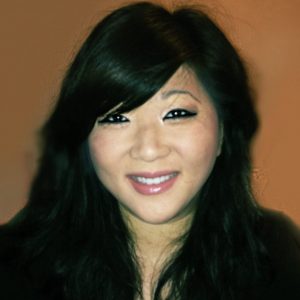 Caroline Song is pursuing a degree in medicine and hopes to integrate her work in Bioethics to create sustainable and ethical models of healthcare in rural areas both abroad and within the United States. She also obtained an M.A. degree in Bioethics from New York University in 2014. Her interests were primarily focused on healthcare ethics with a heavy emphasis on the ethics of organ transplantation in disadvantaged populations. Her thesis pursued the question of what role efficacy, futility, and compliance can play in debating the transplantation of organs in cognitively impaired individuals. In the spring of 2014, Caroline was able to present her research in the academic Threesis competition hosted by the Graduate School of Arts and Sciences at New York University. She placed among the top twelve finalists. She graduated from Saint Louis University in 2011 with a degree in Biology and a minor in Theology.

Josephine Adebukola Awosogba studied Philosophy and Bioethics at the University of Virginia.  She went on to complete an MA in Clinical and Environmental Ethics at New York University.  During her graduate years, Bukky explored bioethical issues surrounding health law and research ethics which culminated in an internship at the Presidential Commission for the Study of Bioethical Issues in Washington, DC.  In 2012, Bukky joined the Department of Immunology Allergy and Rheumatology Section of Clinical Sciences at Brigham and Women’s Hospital in Boston, MA.  Knowledge of research ethics informed crucial aspects her work as a research associate including patient recruitment, trial maintenance, and study design. Bukky continues to work as a Clinical Research Associate in New York City as she prepares to pursue a PhD in Bioethics and Health policy in the coming year.

Tanya Naiken is a graduate of St. John’s University with an M.A. in International Relations and Government Administration. Tanya’s commitment to impoverished and underserved populations led her to work for the United Nations and associated NGO’s including, the US Fund for UNICEF and the United Nations Association of the US (UNA-USA), a program of the United Nations Foundation. Her current research interest include reproductive rights of women and girls in the Global South.

Andrew Rock is a graduate student in Bioethics at Columbia University. As an undergraduate Philosophy major, his primary interests included analytic philosophy, logic and contemporary metaphysics. Further into his undergraduate studies he developed a strong interest in ethics, particularly topics of meta-ethics in relation to biomedical issues. He holds his B.A. from Boston University and has also pursued coursework in political science at Harvard University.

Abrigul Lutfalieva Akbarshoevna received her Master in Bioethics from Case Western Reserve University School of Medicine. She was a pioneer student awarded the Fogarty International Center of the National Institutes of Health(NIH) scholarship from Tajikistan. Abrigul has conducted training on Bioethics in Central Asia at Tajik Academy of Sciences, Avicenna Tajik Medical University in Tajikistan and at Deutsch-Kasachische Universität of Kazakhstan. Moreover, she is serving as Editorial Assistant for the first e-journal on Bioethics in Tajikistan. Currently, Abrigul is a Ph.D. candidate in the Department of Political and Social Sciences at Freie Universität Berlin, analyzing the global issues of the sustainability of water supply and sanitation in rural areas.

Evangelia Lazaris grew up in Los Angeles, CA. She is a graduate of Columbia University in New York with a MS in Narrative Medicine.  She also holds a BS in Exercise Biology and a BA in French Literature and Language from UC Davis. During her undergraduate career, she studied French History and Literature at Université Bordeaux III. Her research experience includes DNA repair research usingSaccharomyces cerevisiae to determine the role of certain polymerases in Double Strand DNA Break Repair; approaches to drug design strategies using the yeast model system to mimic various pathogens that attach to cells via mannose and mannose receptors; chin and malar implants, fine line dermal fillers, liposuction machines, lidocaine use in European Dermal Fillers; and exercise stress tests and pulmonary function in children who had received lung irradiation. Her honors thesis, entitled Le Siècle des Lumières—La Revolution Scientifique et Philosophique focused on the integration of sciences and morality. Since her interests include theory of the human encounter as it relates to patient, physician and caregiving narratives, Evangelia designed and taught Narrative Medicine workshops for inner-city eighth graders connected medicine and the arts and introducing them to the world of medicine. She is fluent in Greek and French.