The Future of Bioethics: Organ Transplantation, Genetic Testing, and Euthanasia

When you think of bioethics, some of the first hot-button topics you may consider are organ transplantation, fertility and genetic engineering, and end-of-life-care. The Global Bioethics Initiative serves as a platform to address many bioethical questions and engages in public debates to develop resolutions to present and emerging issues.

Dr. Ana Lita, founder of the Global Bioethics Initiative, discusses the various areas GBI addresses and highlights the organization’s contributors in their prospective fields. She acknowledges the valuable contribution of the current president of GBI, Dr. Bruce Gelb, in the field of organ transplantation. She also addresses the original co-founder of GBI, Dr. Charles Debrovner, and his lifelong passion in the field of fertility and genetic engineering. Lastly, Dr. Lita offers a brief insight into the future of Bioethics in these uncertain times.

ORGAN MARKETS AND THE ETHICS OF TRANSPLANTATION

Recent developments in immunosuppressive drugs and improved surgical techniques have now made it much easier to successfully transplant organs from one human body to another. Unfortunately, these developments have led to the rise of black-markets in human organs. This underground market is where people who need kidneys to survive or to improve the quality of their lives, for example, purchasing such organs from impoverished persons in the developing world. In January 2017, scientists announced that they successfully created the first human-pig hybrid and a pig embryo with some human characteristics. Given the increasing need for transplant organs, should such markets be regulated and legalized?  Could the success of therapeutic cloning eliminate the need to consider this option? 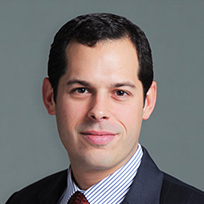 Consistent with concerns about the ethics of human transplantation, Dr. Bruce Gelb, M.D., F.A.C.S, has been recently elected President of the Board of Directors. Dr. Gelb is an Assistant Professor of Surgery at NYU Langone Medical Center, School of Medicine, and the Surgical Director of Renal Transplantation of the NYU Langone Transplant Institute. He performs liver transplant surgery and is a key member of the Face Transplant team. He also serves as the Chair of the Quality Improvement Committee at the NYU Langone Medical Center and holds an appointment as a Representative of the United Network for Organ Sharing (UNOS) Ethics Committee. Although Dr. Gelb is concerned with a variety of issues in bioethics, he is particularly interested in the ethics of transplantation. (In the Photo: Dr. Gelb Photo Credit: Globalbioethics.org)

“As a transplant surgeon, bioethics encompasses virtually every aspect of my work. I had the honor of joining GBI’s Board of Directors three years ago and served as the Interim President of the organization since July 2016. It has been an honor to serve as a lecturer in both Manhattan and Dubrovnik schools and symposiums on the ethics of organ transplantation alongside with world experts in various other fields. I am a strong supporter of the mission and educational programs of this young organization.”

Related article: “THE FORMATION OF THE GLOBAL BIOETHICS INITIATIVE“

Since March 2016, he has served as the Chair of the Quality Improvement Committee at the NYU Langone Medical Center and holds an appointment as a Representative of the United Network for Organ Sharing (UNOS) Ethics Committee for a three-year term. Dr. Gelb has received multiple clinical awards, including Castle Connolly Top Doctor, New York 2016, NY Top Docs 2015, Super Doctors “Rising Star” 2013 and 2014, and Alpha Omega Alpha Medical Honors Society. He holds board certification in General Surgery and is certified in Liver, Kidney, and Pancreas transplantation, and Living Donor Surgery.

Dr. Gelb’s presidency follows that of GBI Co-Founder, Dr. Charles Debrovner, whose steadfast commitment to the goals and mission of GBI have been critical to the early success and direction of the organization, especially using his unique expertise in fertility. As a fertility expert Dr. Debrovner has been instrumental in advising us on organizing events related to ethical issues related to assisted reproductive technologies and genetic engineering.

Gene therapy promises to cure genetic diseases by “switching off” the function of bad genes in a person’s body. Genetic engineering holds the prospect of enhancing the genetic composition of one’s children, by eradicating genetic diseases and disabilities, and improving their immune systems, bodies, and intellectual performance. In spite of its promises, germline genetic intervention or engineering is of particular concern because the modifications would most likely be inheritable. (This engineering alters the genes of the precursors of sperm or egg cells, those cells themselves, or the early embryo. This engineering is distinguished from somatic genetic intervention, which is not inheritable.) Germline genetic engineering could be used to alter genes that cause disease, produce desired traits in a child (creating a so-called “designer baby”) or to even fundamentally re-design the human species.

In September 2016, the researcher and biologist Fredrik Lanner, from the Karolinska Institute in Stockholm, was reportedly the first to edit the DNA of healthy human embryos; it was another step towards an ultimately tailor-made human being. Such procedure is still banned in most of the world, including the United States, where gene-editing is allowed but implantation of a gene-edited human embryo in a womb is prohibited. 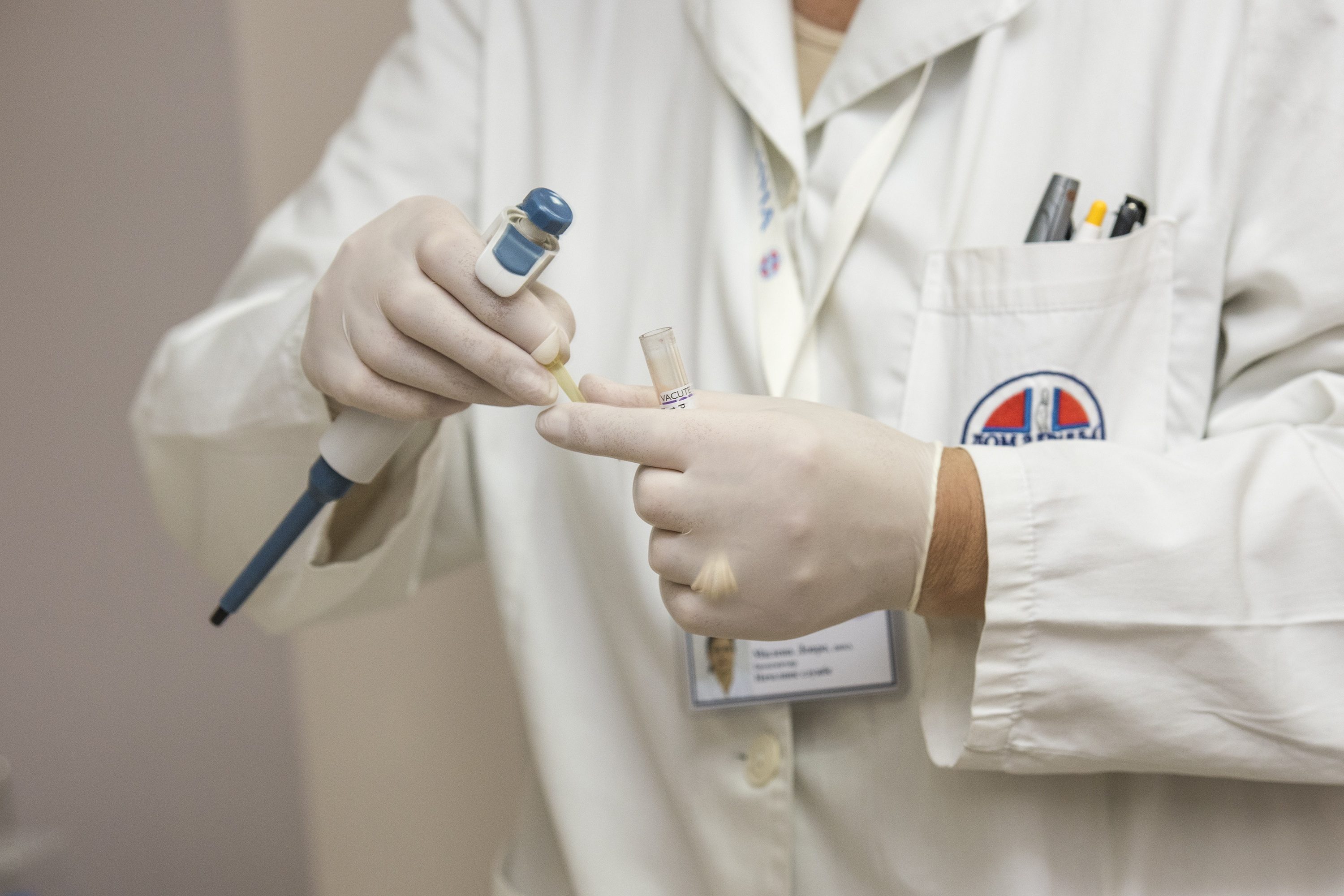 Gene editing involves technologies such as the currently contended CRISPR (Clustered Regularly Interspaced Short Palindromic Repeat), which is cheap tool that allows for DNA editing without causing adverse side effects. CRISPR was originally acted just as a bacterial shield; the bacteria would recognize foreign genetic material and snip them out. But now, CRISPR is being used for gene editing. It employs the Cas-9 enzyme to target a specific gene sequence to remove or add new ones around it.

CRISPR is especially helpful and/or desirable for parents with inheritable diseases such as Cystic Fibrosis, Huntington’s Chorea disease, and ALS because it signifies a chance for healthy children. Yet, scientists, researchers, and bioethicists all over the world have raised ethical concerns over the use of the technology. Dr. Arthur Caplan of NYU’s Division of Medical Ethics highlights the safety issues of germline editing. However, the National Academies of Sciences and Medicine’s recent report makes the future of gene-edited humans by CRISPR seem likely. Essentially, there needs to be greater public engagement with the features of gene editing to comprehend how the society as whole ethically regards the technology.

The term euthanasia comes from the Greek word “good” death. Euthanasia is now commonly understood as helping to end the life of persons suffering from incurable illnesses paralleled by pain and debilitating complications. Generally, people discuss “active” euthanasia, in which death is brought about by direct intervention, and “passive” euthanasia, which involves the removal of life-prolonging/sustaining technologies. Active euthanasia involves both “voluntary” euthanasia, in which a patient requests a lethal dose from a physician and then self-administers, and “physician-assisted suicide,” (PAS), in which the doctor, at the request of the patient, administers a lethal injection. According to polls the vast majority of Americans continue to support ‘right-to-die’ laws for terminally ill patients. GBI is concerned with organizing debates to consider legal, public, and policy-related measures aiming at compassionately supporting those faced with the decision whether or not to end their lives. A two-day conference, “Age and Longevity in the 21st Century: Science, Policy, and Ethics”, sponsored by Global Bioethics Initiative will take place in New York City the Fall of 2017. The conference offers a unique opportunity to call attention to the impact of new technologies on the global profile of aging and longevity. By facilitating expert discussion in a unique setting regarding broad-based perspectives on these topics, the conference promotes global thinking, scientific exploration and policy orientation at the individual, social, community and macro-societal level.

GBI AND THE FUTURE OF BIOETHICS

Through its events and activities, GBI is trying to offer some responses to difficult bioethical questions currently facing our society. Biotechnology has had a bumpy and winding road, with issues such as bioterrorism pushing them back and practices like somatic cell nuclear transfer pushing them forward. Considering its power, the myriad objectives that it can serve (or be prevented from serving), and the opportunity to help steer its development towards the benefit of all humanity, it is imperative that organizations like GBI reflect upon and effectively engage in the public debates regarding various bioethical issues. (Photo Credit: Global Bioethics Initiative)

GBI facilitates public debates with the hope of developing solutions to current and emerging problems in medicine and biotechnology and inform decision makers, international community, media and the general public on national and international policy debates. The Global Bioethics Initiative forges alliances with key actors in international public health policy to raise awareness and suggest remedies related to reproductive and sexual rights, HIV/AIDS epidemic, stem cell research, sex and organ trafficking & transplantation, gender issues, end of life and aging, among them. Whether our future will be one in which scientists are free or one in which their labs are controlled by government minders, or whether you get that stem cell treatment in 20 or 30 years, might depend on the moral conclusions we choose to embrace.

About the Author: Ana Lita